We have a deal in this house...basically it boils down to "I don't do Boy Scouts."  But...I ended up there tonight.  It's not my thing, so hopefully my kid remembers I took him.  To bake desserts.  In the dark.  In the rain.  Where I stood amongst the chaos of teenaged (and younger) boys and their crude whipped cream jokes.
I noticed there were not a lot of moms there.﻿ 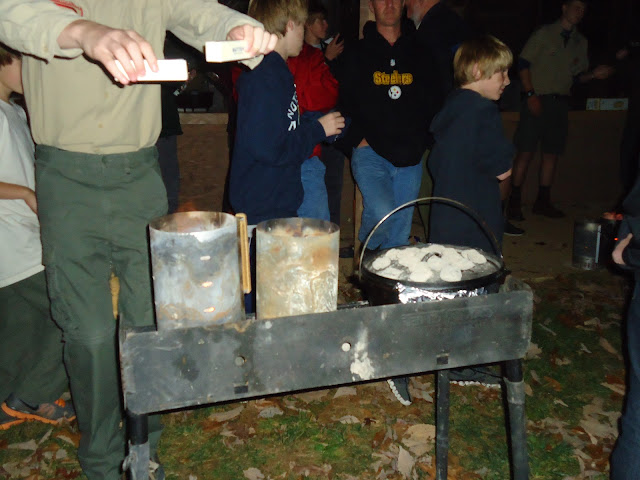 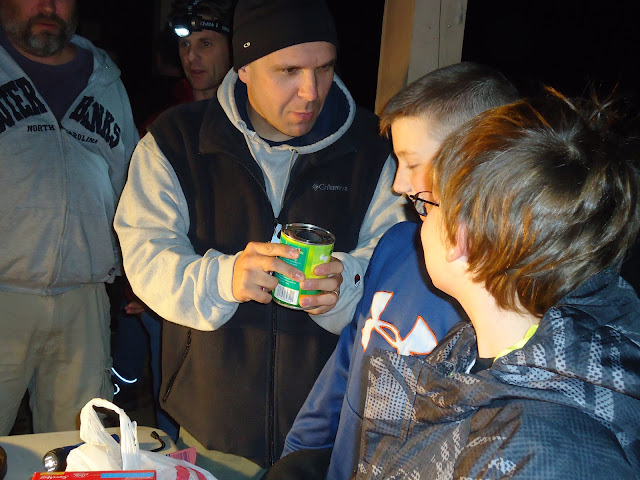 What you should know is all the cool guys wear coon hunting lanterns on their heads at these events.  I was trying to get a picture of them en masse, but I couldn't do it without looking all obvious and people were probably getting annoyed by my flash. 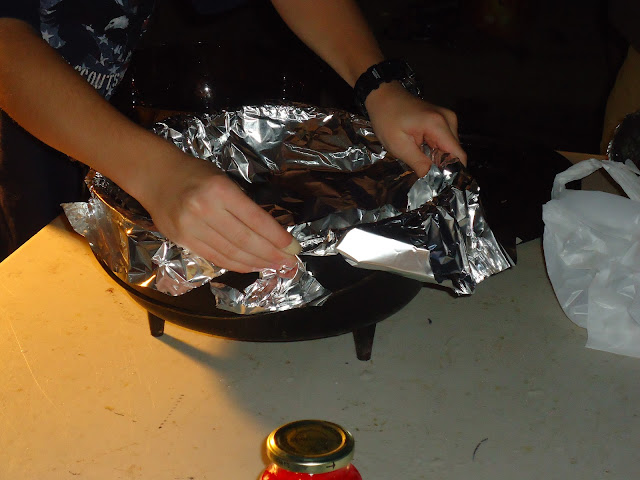 I found it a little amusing when this guy said "O.K. boys.  Let's figure out how to make a pie plate out of tin foil."  Really?  You are cooking with a Betty Crocker cake mix and your plan was to craft a pan?  So weird.  For the record, the recipe only said "cake mix" which meant they didn't bring the eggs or the oil...  I think they borrowed from the next table or something. 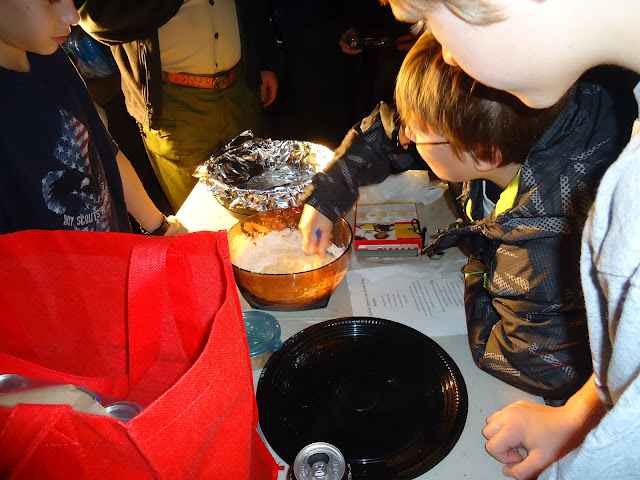 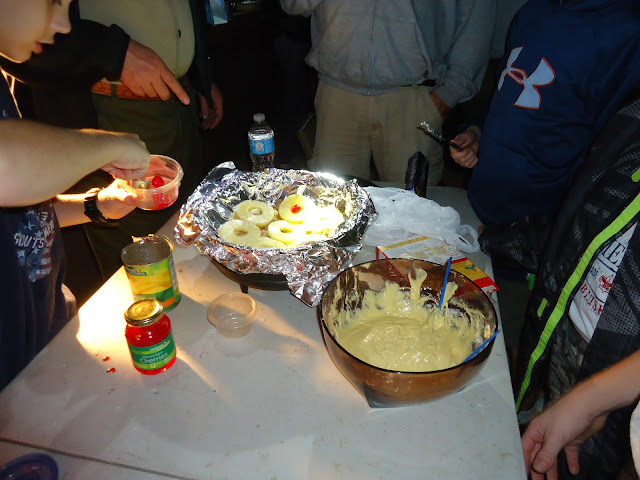 Jac's team made pineapple upside down cake.  It was an "Iron Chef" type of competition. 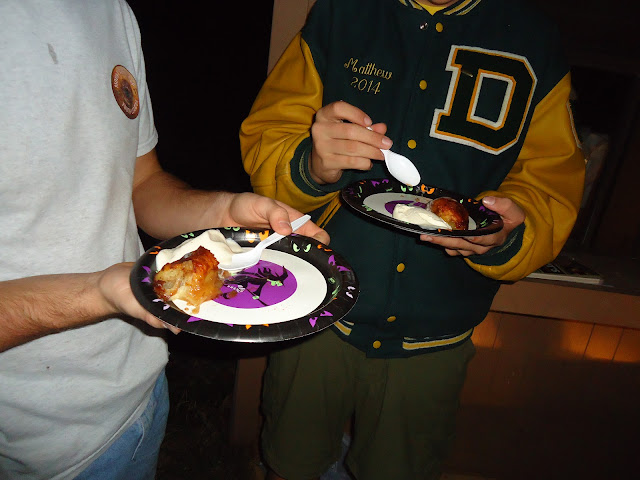 I think this was some kind of peach cobbler or something. 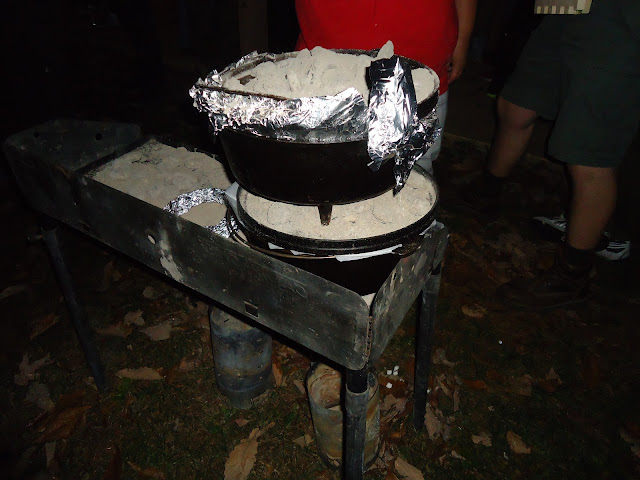 The finished project.  Except it wasn't exactly finished.  They ate it anyway. 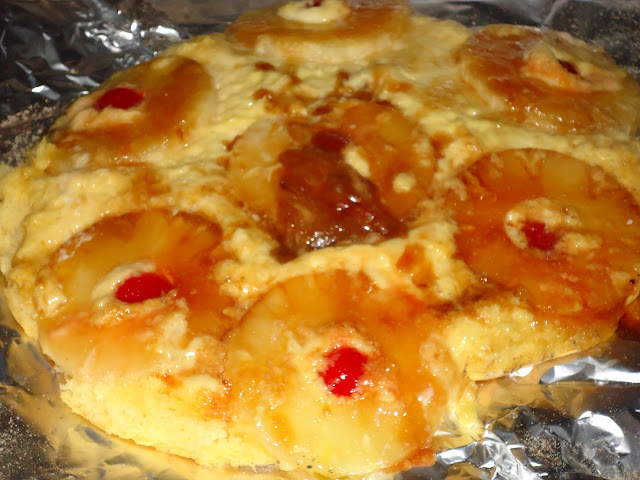 On the way home, Jac asked if we could make one at home.  That is all the way cooked.  Who would turn down a request like that?

Random observation: Most of the grown men were in full uniform.  The kids...not so much.